Demonstration Board, MCP2515, Two Identical Boards and a CAN Cable for Creating a Small CAN Bus 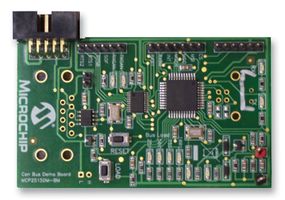 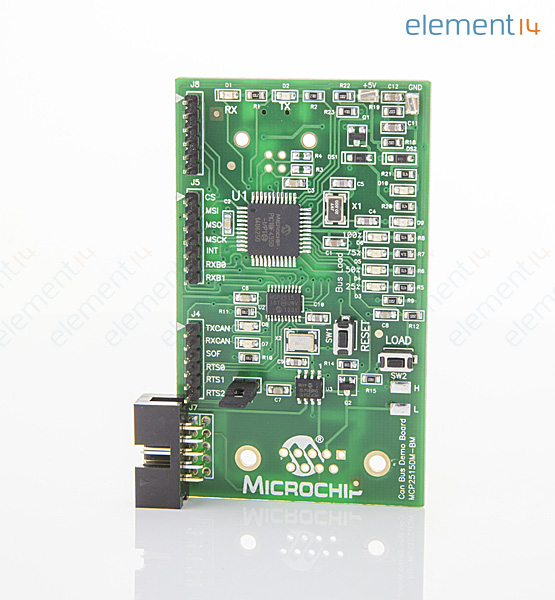 The MCP2515DM-BM is an CAN Bus Monitor Demo Board kit to demonstrates the MCP2515 stand alone CAN controller interfacing to a CAN bus. The MCP2515 CAN Bus monitor demo board kit consists of two identical boards which, when connected together, create a small, 2 node CAN bus. This bus can be interfaced to a PC by connecting one of the two boards to the PC (USB) and running the custom software. The two nodes are identical in form, however, the function is determined by the connection to each other and the PC. One node (connected to the PC) will become the monitor and the other one will become the Traffic Generator. The boards are reversible. Additionally, the board(s) can be connected to an existing CAN bus where the software can monitor the traffic and the user can interact with the bus as needed. The software allows some of the MCP2515 registers to be modified, as well as allows messages to be received and transmitted.

90 Day Warranty only. After Expiration of Warranty returns must be processed via Microchip.

Market demand for this product has caused an extension in leadtimes. Delivery dates may fluctuate. Product exempt from discounts.